At last people are beginning to realise that there is a difference between oxo degradable vs d2w biodegradable plastic!

Rule 2 is headed “Remove Problematic Elements from Packaging” and they include d2w degradable plastic in their problematic elements.

However, they make it clear that “This rule does not apply to d2w biodegradable plastics”.

To quote the CGF’s Plastic Waste Coalition of Action:

“This ele­ment of Golden Design Rule 2 applies to all d2wdegradable plastics as defined by CEN, the European Standards autho­rity, unless use is required by law.”

“Oxo-degradation” is defined by CEN in TR15351 as “degradation identified as resulting from oxidative cleavage of macromolecules.” This describes ordinary plastics, which abiotically degrade by oxidation in the open environment and create microplastics, but do not become biodegradable except over a very long period of time. They can be recycled, but cannot be composted.

By contrast, “biodegradation is defined by CEN as ‘degradation resulting from oxidative and cell-mediated phenomena, either simultaneously or successively’.” This means that the plastic degrades by oxidation until its molecular weight is low enough to be accessible to bacteria and fungi, who then recycle it back into nature. These plastics are tested for degradation, biodegradation, and ecotoxicity according to ASTM D6954.

The Consumer Goods Forum are right to exclude d2w biodegradable plastics from their list of problematic plastics. The European Chemicals Agency has studied them and found no evidence that they create microplastics; they have been proved by the three-year Oxomar study to biodegrade even in the marine environment; and they can be recycled at scale with no need for separation. They are not designed for composting. 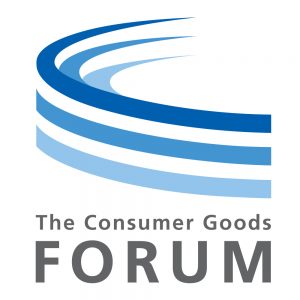 See all news, articles and media

You can find out more about which cookies we are using or switch them off in settings.

This website uses cookies so that we can provide you with the best user experience possible. Cookie information is stored in your browser and performs functions such as recognising you when you return to our website and helping our team to understand which sections of the website you find most interesting and useful.

This website uses Google Analytics to collect anonymous information such as the number of visitors to the site, and the most popular pages.

Please enable Strictly Necessary Cookies first so that we can save your preferences!